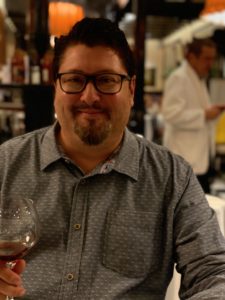 He has mentored hundreds of recruiters and managers over the years, and is proud to foster and promote an ethical approach to the business. Peter shaped Weaver Partners into a highly respected national recruiting firm and a leader in retirement services and employee benefits.

Prior to establishing Weaver Partners, Peter worked at the Richard Michael Group recruiting full-time and freelance professionals in the creative fields. During his tenure as VP, he was instrumental in its growth from a modest Chicago upstart to a full-fledged national contender, with offices in 32 markets nationwide. After its acquisition by the giant Dutch-based employment agency, Randstad, he continued as Practice Director until 2002.

Peter is a well-respected leader in the retirement services and employee benefits sector, taking part in a technical steering committee with the American Society of Pension Professionals and Actuaries (ASPPA). Weaver Partners is also associated with the American Retirement Association (ARA), the National Association of Personnel Services (NAPS) and the Society for Human Resource Management (SHRM). Peter graduated from Illinois State University with a Bachelor’s Degree in Public Relations and Business Administration.

Outside of the office, Peter remains an active volunteer in the community, and organizes an annual toy drive that benefits Hesed House in Aurora. He enjoys hiking, biking and swimming. He’s also a die-hard Cubs fan who was in attendance for game 7 of the 2016 World Series. He’s an avid musician and lives in Batavia with his wife, two kids, three dogs, a couple of fish, and a mean-eyed cat named Johnny Cash.

Jason joined Weaver Partners in 2003. He quickly emerged as a true champion for professionals seeking to take the next step in their career, and proved his dedication to improving staffing at today’s leading employers. Jason brings over 20 years of relationship management and business development experience to Weaver Partners. His professional background in technology and financial services led him into his current position as partner and shareholder at Weaver Partners.

Throughout Jason’s career the fundamentals to success have remained consistent: a positive attitude, a strong work ethic, and unimpeachable integrity. As a senior mentor within the company, he has instilled these values in our company staff. He manages several of the firm’s key client relationships and maintains an extensive network of top talent in the retirement services and employee benefits sector.

Jason is a life-long Chicagoan and current resident of Geneva, where he lives with his wife, son, and a pair of Boston terriers. When not working he enjoys playing golf and music, and spending time with his friends. Jason is known for his positive attitude and sense of humor. As an adamant fan of the White Sox and Bears, Jason has learned to keep a positive attitude in hopeless and adverse situations.